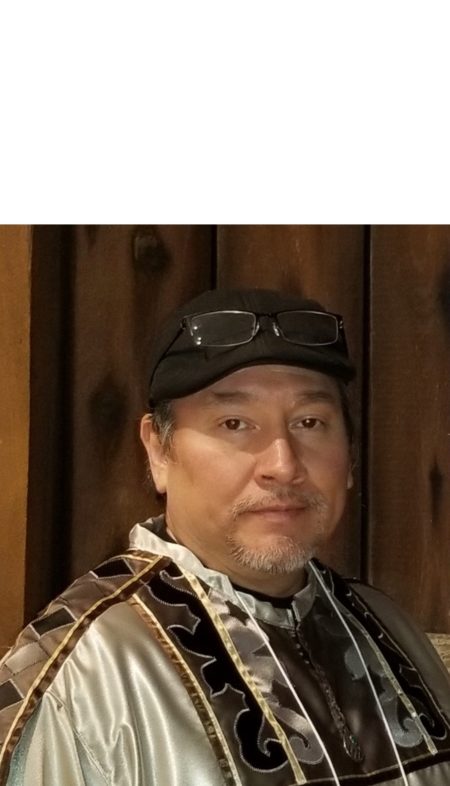 Christopher Sweet is a Native American artist born and raised in Wisconsin. He is an enrolled member of the Ho-Chunk Nation and is also a descendant of the White Earth Band of Ojibwe in Minnesota. Sweet developed an artistic practice at an early age and is mostly self-taught. He also studied at the Institute of American Indian Arts in Sante Fe, New Mexico. With an interest in both abstraction and realism, his vibrant paintings and large-scale murals often focus on Native American culture. In 2021, he and his wife opened Blue Bear Studio in Baraboo, Wisconsin. Sweet was recently selected to participate in the Eiteljorg Museum Indian Market and Festival in Indianapolis, one of the nation’s top Native American art markets.

Creator and the Four Lakes by Christopher Sweet. 2019. Framed mural, layered acrylic/mastic on canvas that captured the creation story of the four lakes of Madison and depicted traditional Ho-Chunk living practices along the iconic Madison skyline. 48” x 96”.